By Daniel Krieger for Alliance for Smiles

When Aye Thwin of Bago, Myanmar gave birth to her son at home, her mother snatched him away and refused to let her see him. “I kept asking, ‘What’s wrong with my son?’” she recalls. Her mother wouldn’t say. The next day, when it was time to breast-feed him, she finally saw what was wrong. “I was really shocked,” she says. “I cried a lot.”

Next came an even bigger shock. “The midwife who helped with the delivery asked for permission to kill him because of all the shame that he would bring to me and my family,” she says. “I said, ‘No! He’s my baby.’ I was so angry. I yelled at her.”

Aye Thwin recounts this with intensity while sitting outside the room at Victoria Hospital in Yangon, Myanmar, where her son, Kyaw Kyaw Bo, now 15, is getting a repair to his cleft lip. “He’s not afraid at all, and he’s really eager for this surgery,” she says. “But I’m worried sick.” 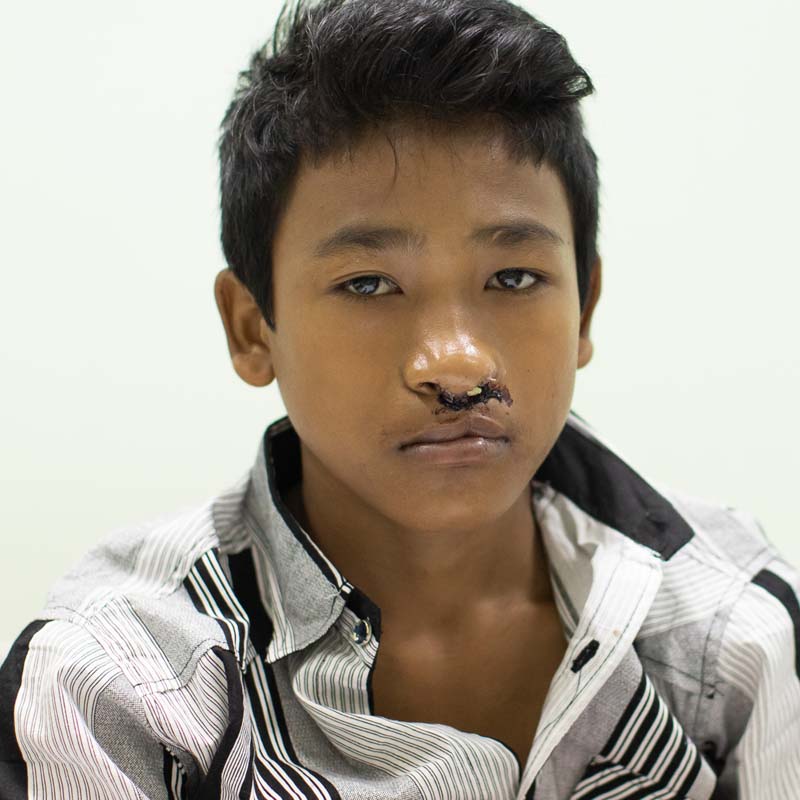 This is his second procedure. The first was when he was two years old. His lip and palate got fixed, but still they needed more fixing, she explains. Nevertheless, the first surgery was successful. Kyaw Kyaw Bo, her eldest child, learned to speak and has gone to school without problems. They live in Bago, about eight hours by bus from Yangon, with her husband, a truck driver and rice farmer, and her two other kids.

After his first surgery, she understood that there was no more fixing on the horizon since they couldn’t afford it and the organization that performed the surgery didn’t offer follow-ups. But then, this past August, she saw a newspaper ad about this mission with AFS.

“I feel so lucky to find AFS, and I want to thank them for giving hope to all of the parents like me who have children like this.”