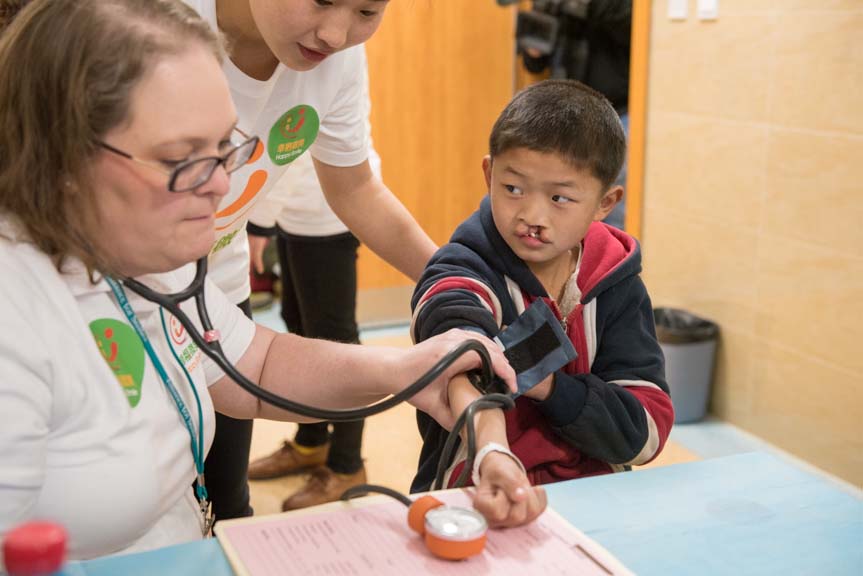 Day 3 of surgery is well underway. Yesterday a surgical team from Kunming arrived on the invitation of the hospital and CPWF, our Chinese partner, to ensure that all of the eligible patients would receive their cleft lip and palate surgery.

Over the next two and half days, they will handle the overflow of qualifying cases that did not fit on the schedule. This expert team was in surgery only a few hours after landing in Zhaotong and it is inspiring to watch such a well-oiled machine in action.

We also spent time visiting the patients from day 1 as they recover on the ward. And once again we are confronted with all the rawness and splendor that is humanity. Nine-year-old Meng Meng had very successful surgery for his cleft lip, but that is not where his story begins. 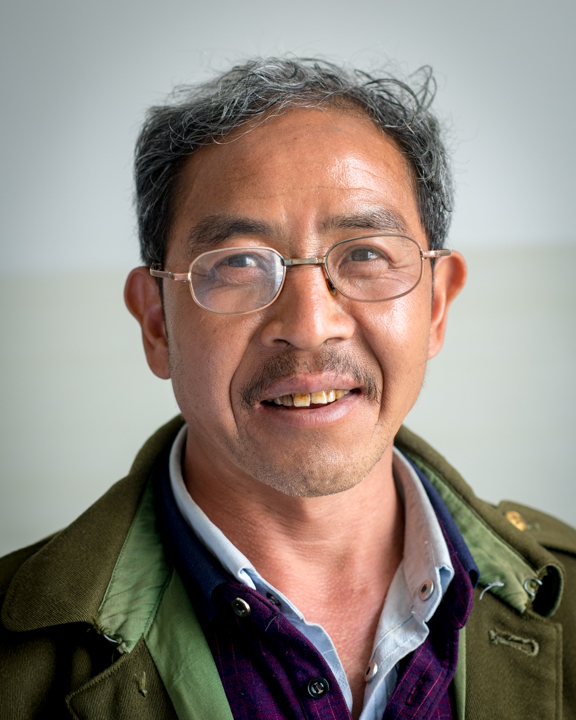 Meng Meng was found at the age of 3 months abandoned along a road swaddled in a blanket. While on his way to the potato field in his village, Mr. Ma found him barely clinging to life. He thought he was dead, but noticed him sipping on a baby bottle. To make matters worse, the tiny baby had also suffered severe burns across his midsection and groin, whose scars still afflict him to this day.

Mr. Ma called to his nephews in the village to assist him and engaged the local government for guidance. An elder from the village in his 70s, Mr. Ren, also heard the news and was moved to help the infant. He tried fruitlessly to enlist a family to adopt Meng Meng, and ultimately Mr. Ren took Meng Meng in and has been raising him as his own ever since.

Meng Meng knows him only as Ye Ye, or grandfather— but savior could easily suffice.

Mr. Ren is too old now to make the arduous 5 hour journey from their home to the hospital here in Zhaotong. So, Meng Meng is here accompanied by none other than Mr. Ma, his true guardian who has been there for Meng Meng when literally no one else was. 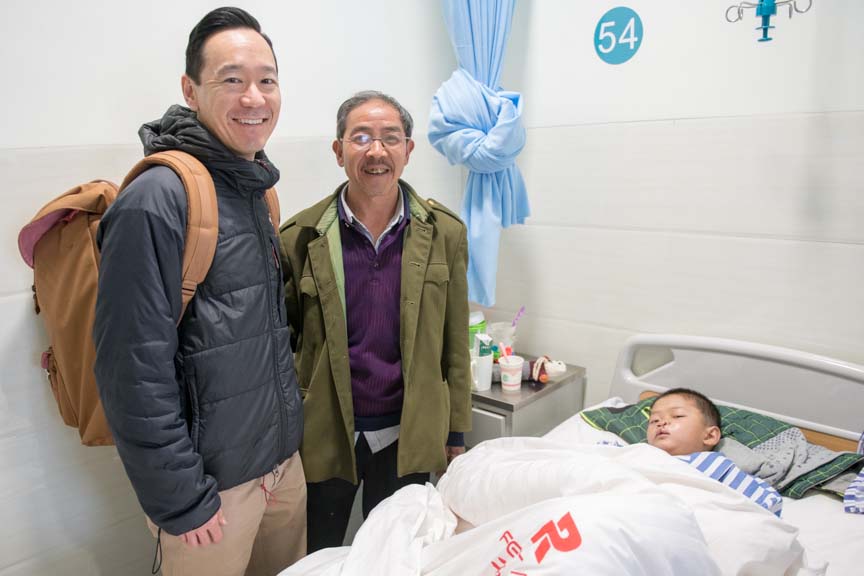 It is so rare in life that we have the opportunity to change someone’s life in utterly profound ways, and Mr. Ma has been that man twice in this young boy’s life. And in the process, he has taught us all what it means to be human. Like the phoenix rising from the ashes, Meng Meng will go home tomorrow to start his life anew.

Click Here for more stories from the Alliance for Smiles 2018 Zhaotong, China Mission!