By Daniel Krieger for Alliance for Smiles 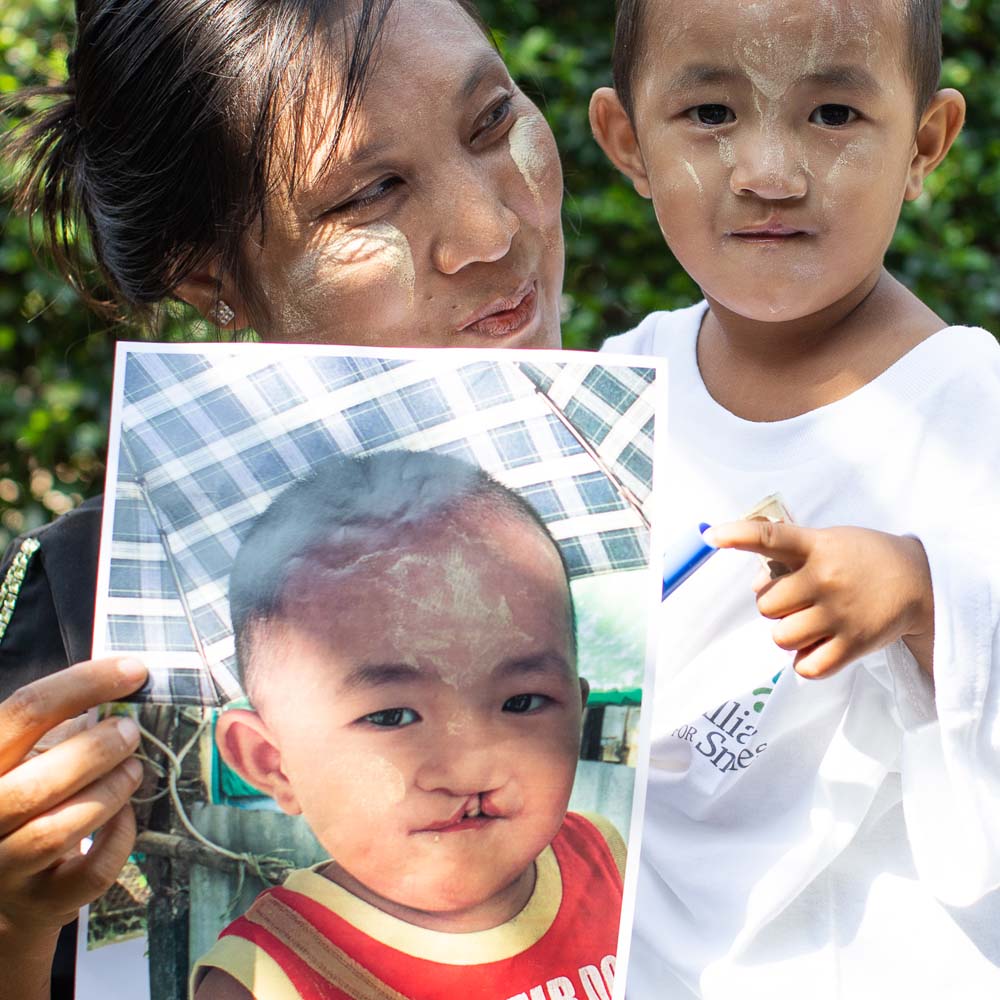 When Arkhar Htet (“Everybody Loves Him”) was born with a cleft lip and palate, his dad, U Zaw Zaw Naing, was afraid to tell his wife. Fearing what she might think of his birth defect, he sat down and explained to her before she saw the baby that no matter what, they must love and raise him, regardless of the difficulties they might face. “This is our family karma,” he recalls telling his wife, Daw Ohnmar Soe, that day.

Sitting alongside her and his two boys – Arkhar Htet, who is now 20 months old and brimming with energy, and his eight-year-old brother, Khant Min Zaw, the father, who works as a delivery man, says that despite having to account for some wrongdoing from a past life, they also see the bright side, aware of all the untreatable problems that could befall a newborn. This notion of settling karmic debt is a very common understanding among parents whose children are born with such birth defects in Myanmar.

“When he was born, we were a bit sad at first,” he says. “But we found out not long after that there was a way to fix it when I saw an ad for the missions in a soccer magazine.” By the time he was 8 months old and they brought him to an AFS mission to fix his lip, they were already used to it, his dad explains, charmed as they were by their dynamo of a little boy. “We even sort of enjoyed his cleft lip, and we didn’t mind his previous smile. But we are still very happy that he can be normal.”

Now, one year later, they do feel relieved that he looks like a normal boy with a lovely smile. And he’s already rehearsing for his next stage in his life when he will head out into the world, unaware of the stigma that’s been eliminated. “He loves his big brother and tries to be like him,” his father says. “He puts on his brother’s book bag and pretends like he’s getting ready to go to school.” 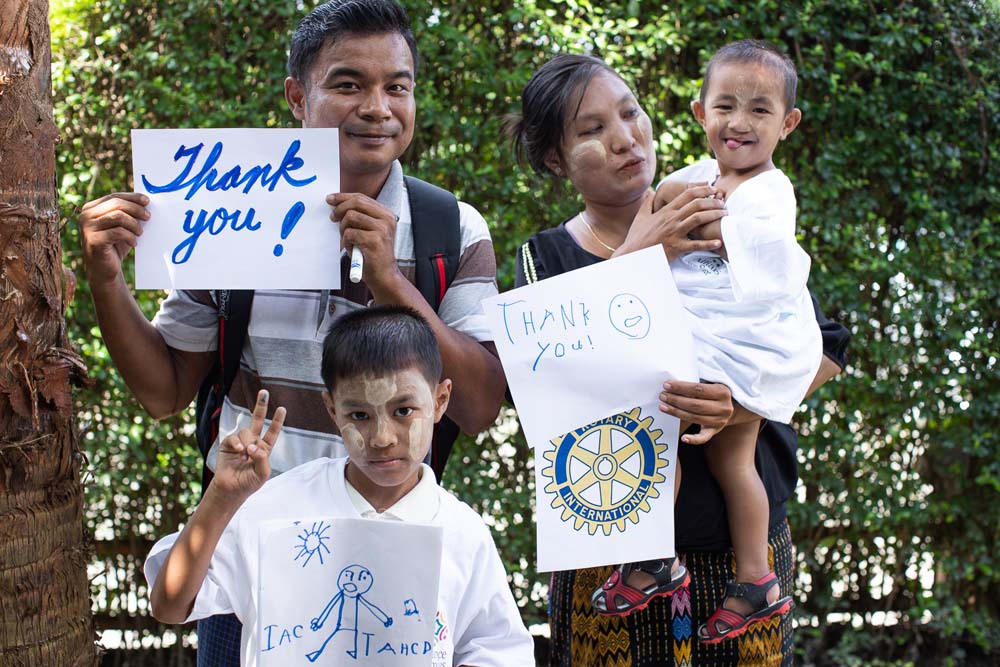 Before Arkhar Htet got his lip fixed, his dad admits that he felt uneasy when people would point out that his son had a cleft lip – not saying it as criticism, just pointing it out as an observation, as if somehow it had escaped his notice. People can be funny that way. Nevertheless, they were always entirely accepting of his condition, thanks in part to their karmic sense of the order of things.

The next step is fixing his palate, which if not done soon will further delay his speech development during these crucial years when children are learning an average of two words per hour. It’s truly a race against time. Once they take care of that, he will be well on his way to realizing his potential, liberated from the burden of carrying his family’s karmic debt.

“We are very thankful to AFS for helping us,” his dad says.