Our team fell in love with seven-year-old AwYa Tha and his fascinating family. Tha AwYa was the first surgical patient in our mission. Prior to his scheduled surgery whenever we saw Tha in the ward, his dad was playing with him or holding him.

While talking to the parents, with the help of translators, we found out that Dad is actually the stepdad. This is the family story: 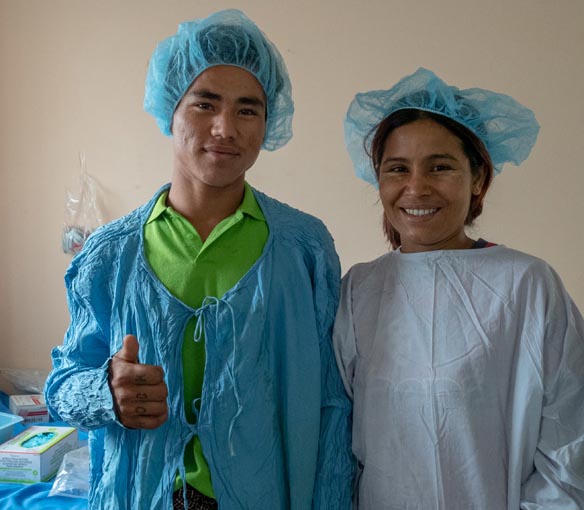 Tha’s mom is 34 years old and has five children; AwYa is the youngest. About the time that AwYa was born, his dad was killed in a military battle. About two years ago, Tha’s mom met and married a young man who is nine years younger than she. He thinks she looks like a movie star and has the kindest heart of anyone he has ever met. 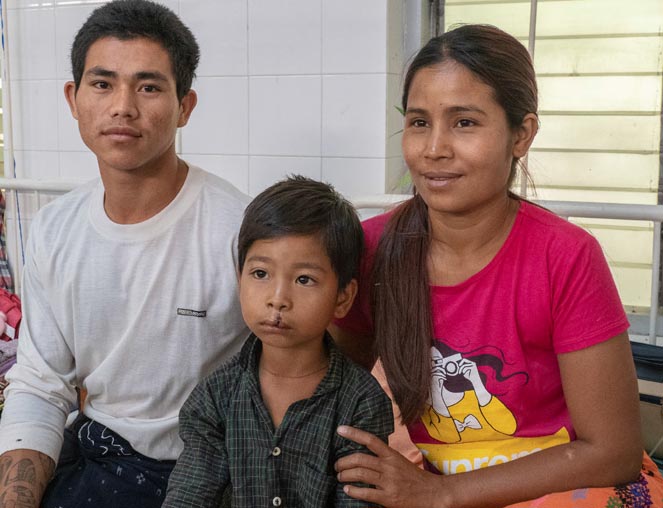 But the relationship between AwYa and his stepdad is what struck us all with delight. As you can see in the photos, they have a special bond.

The three of them left the hospital two days after the successful surgery all with broad smiles on their faces. The team is also smiling at the results of the surgery and at the beautiful family we got to know in such a special way.