Aondesun was the second child born to Nguwaysen and the second child born with an anomaly. Her first child had hydrocephalitis (water on the brain) so her family banned her from returning to the family home with her first born. Nguwaysen had already suffered from the shock of having a baby with so many problems when her family did the unthinkable.

Believing that her baby was a demon which cast evil spirits on the family, they put Nguwaysen’s first child under a bush and left her to die!

Aondesun’s mother and her child were brought to the AfS clinic by a Rotarian who knew that Aondesun’s life could be saved if he got surgery. They spent more that 10 hours travelling from Benue to Ilorin to get to the clinic.
Even though Aondesun was very young, actually younger than most of the babies AfS operates on, the team knew that they had to operate his lip which would save his life! And so they did… 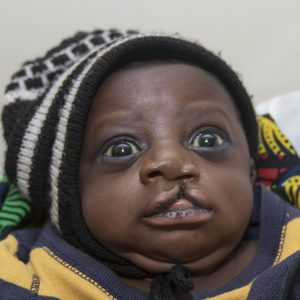 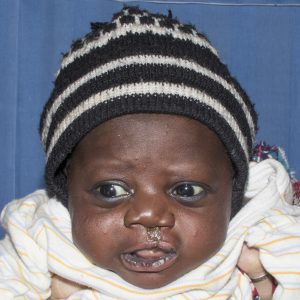 We gave him his first birthday party at 5 years. Yes, really!previousYou still have time to help!next