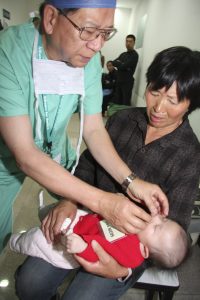 A 50-year-old woman had cradled in her arms a 3 month-old baby girl. She had found the baby in a garbage can, covered with blood, umbilical cord still attached. Born with a cleft lip and palate, the baby started her life as a person no one wanted. Wrapped only in a blanket, tucked in with a picture of a baby, someone had thrown her out with the garbage. 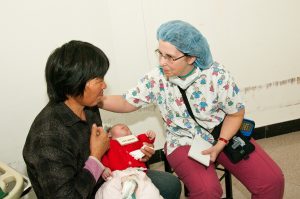 Cui Qin Li makes her existence as a garbage collector. She and her husband collect what others have thrown out and sell what they can to make out a living. They fall into the category of the poorest of the poor. They moved to Wenzhou because they could no longer make a living as farmers in the province where they grew up as children. The land was too poor to continue. Because they are not officially from Wenzhou, they can only work as garbage collectors. Their home, she says, is built from materials they have found, wood, straw, cardboard …

What they are, in reality, is homeless, their makeshift dwelling constructed on someone else’s property, from castoffs of someone else’s existence. For water, every second day they take a container to the Senior Center to fill for their use. For washing and bathing she says they dig a hole in the ground and it will fill. They live in an area where water fills holes.

Their neighbors, she said, have been kind. But these same neighbors had a hard time understanding why she wanted to keep the baby. “You are so poor, and yet you take on more?” One of her neighbors asked, and then suggested they sell the baby, that maybe that would be a way they could get some money. Zhi Cai and Cui Qin Li said no.

The baby was born in August when the weather is warm, and Cui Qin believes that helped the baby survive. She believes the baby was sent to her to take care of.

Her son is grown. He has had no comments about their decision. He too does not have steady work, doing odd jobs when they come available. He lives in the makeshift shanty with his parents and has sons of his own. Cui Qin feels lucky to have a daughter, she says. She always wanted a daughter. She believes if she takes very good care of this little girl, maybe the little girl will be kind to her in return as she enters old age. Ordinary Girl’s parents said that it is important to them for folks to know that even though they are poor, they will do their best to take care of the baby.

The AfS team took up a collection to help them buy milk. The parents tried to give the money back. What they wanted for the baby was medical care. And that’s what they got… 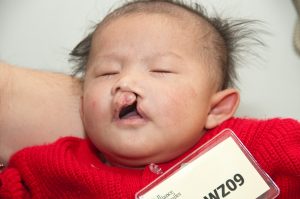