Return to a Better, Brighter “Normal”

Who we are and how we do things changed drastically over the past year and a half. Whether as individuals or the community that makes Alliance for Smiles’ (AfS) life-changing work possible, we’ve all been impacted by the pandemic.

At AfS, we’ve been challenged in new ways and we’ve innovated to overcome every obstacle. The Virtual Education Initiative (VEI) has kept us working closely with medical teams around the world, providing training and equipment needed to develop local capacity to provide quality care to children with cleft conditions. We’ve also continued coordinating and fundraising for surgical missions and are thrilled to be headed back to the field to provide surgeries soon!

Read on to learn about our first upcoming in-person mission since the pandemic began and all we’ve achieved in 2021 thanks to your support. Because of you, we’ve been able to continue changing lives and futures around the world for the children who need us most. 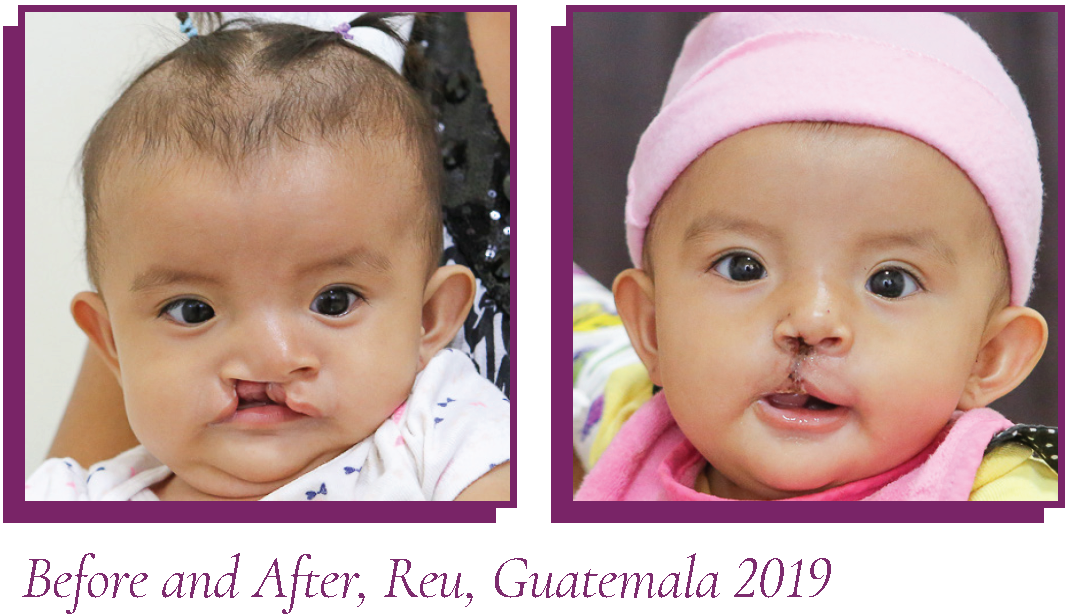 It’s amazing to be coordinating our first in-person surgical missions since the pandemic began. First is a long-postponed visit to Retalhuleu, Guatemala, where cases have been backing up and children have been awaiting life-changing surgery. For over a year, we’ve been training nurses there remotely and are excited to provide treatment and further training in-person. Our extensive and ever-evolving COVID protocols will keep patients, families, and volunteers safe.

“Thank you so much for sharing your knowledge, you are so valuable to us.
God bless you and we will see you soon.”

Thanks to the dedication of AfS nurses, anesthesiologists, surgeons, and translators, the VEI continues to grow. Sustainability is core to AfS’ mission and we’re committed to helping local teams grow their own capacity to serve the needs of the population. We remotely train teams of medical professionals around the world, from Asia to Africa to Central America, in their own local languages and often with internet access or equipment provided by AfS.

Our newest and (currently) most engaged partners are at the Central University Hospital of Brazzaville in the Republic of Congo, but we have had strong and positive feedback from all our partners, particularly in Benin and Guatemala.

A silver lining of the pandemic is that it has shown us how much we can accomplish remotely, so that we can train local teams ahead of time and effectively utilize time on-site for surgeries. The VEI will be a key part of AfS moving forward.

“The nurses who have attended one of the AfS virtual seminars will go on to treat thousands of patients per year.”

In 2019, when AfS volunteer Steve Cook heard about an upcoming AfS mission to the Philippines, he alerted us of a young child there, Dens, in his wife’s family with a cleft lip.

Dens’ parents said, “When we heard you were coming to the Philippines, we jumped at the opportunity!” The results of the surgery were so good, they couldn’t wait for everyone to see Dens’ new smile.

Recently, we got an update on Dens. He’s in perfect health and “is just running around as his usual playful self.”

That’s the goal – for a child to lead a healthy, happy, normal life, which is only made possible by the donors and volunteers of AfS. 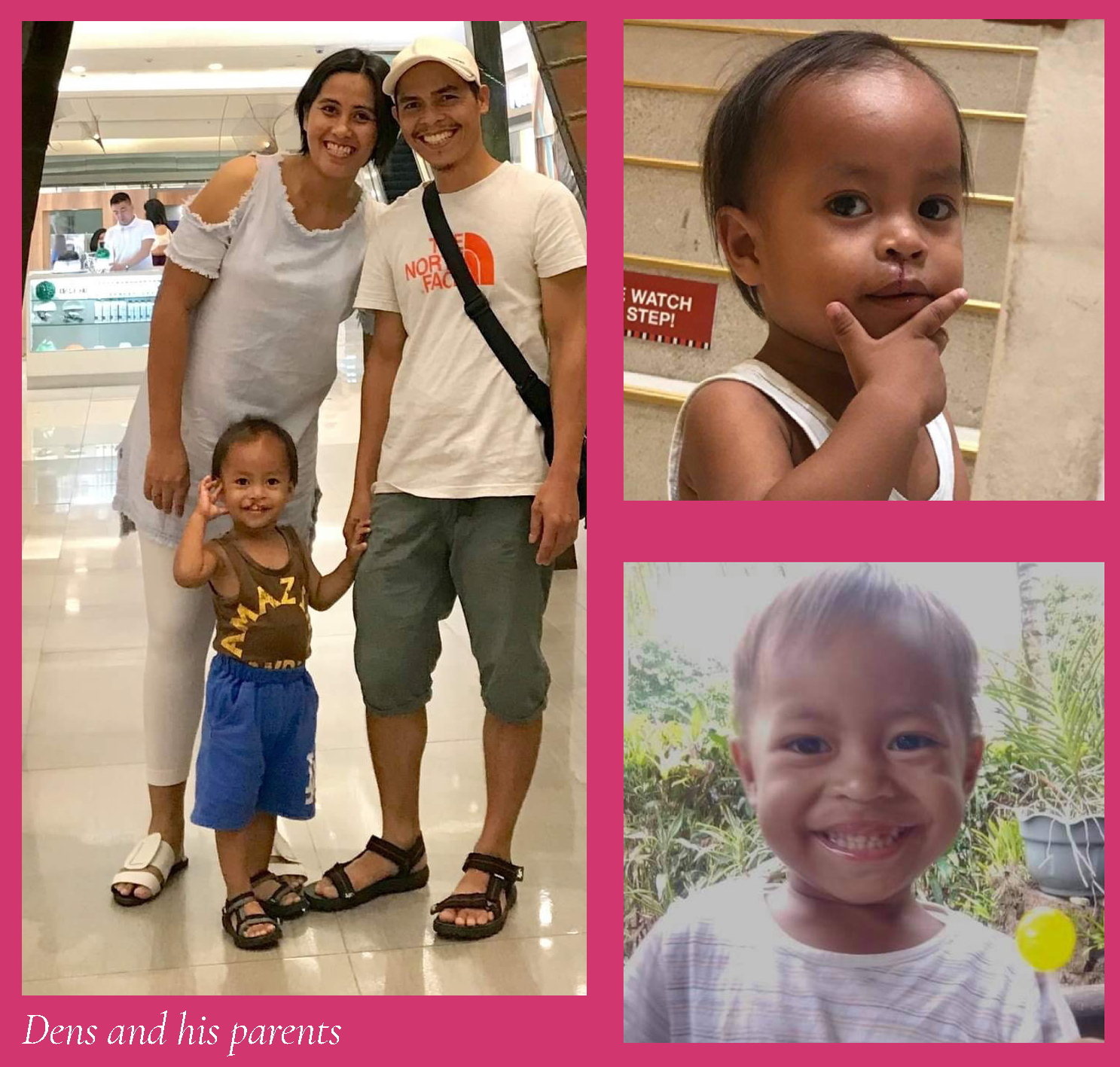 Night of Smiles Galas: Looking Back & Ahead 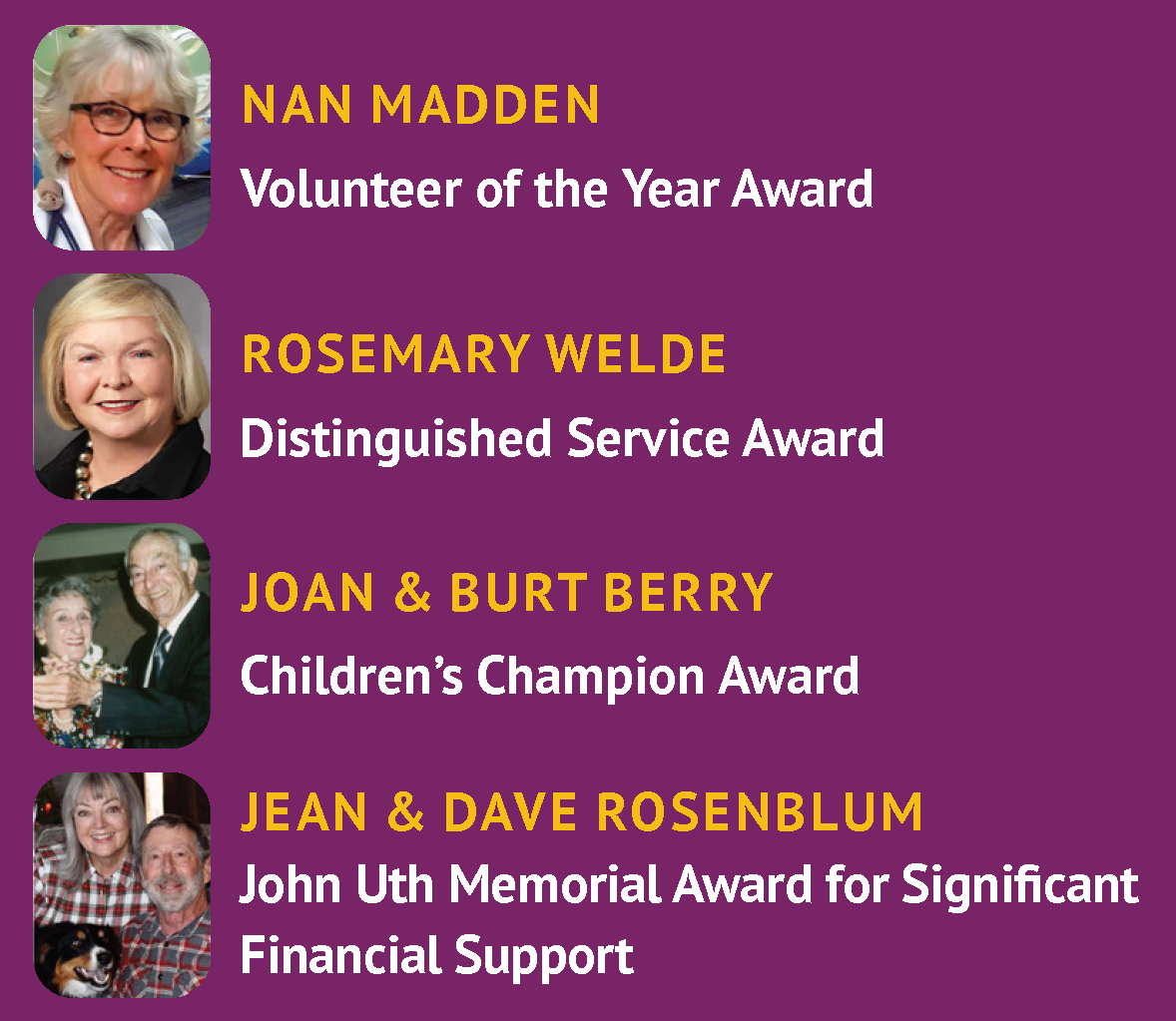 The annual Night of Smiles Gala is one one of our favorite events. We’d hoped it would be safe to gather in-person in 2021, but when it was clear that it wasn’t, the AfS community showed up in full force to support what was a spectacular event on Zoom.

There were incredible performances from musicians, magicians, and many others. It was even followed by a special private fundraiser by America’s Got Talent con- tender Storm Large.

It was a wonderful opportunity to recognize four individuals who’ve gone above and beyond.

Thanks to them and all of you, we surpassed our fund-raising goal, which allows us to head to Guatemala, Honduras, Congo, and beyond in the near future to provide much needed surgeries for children. 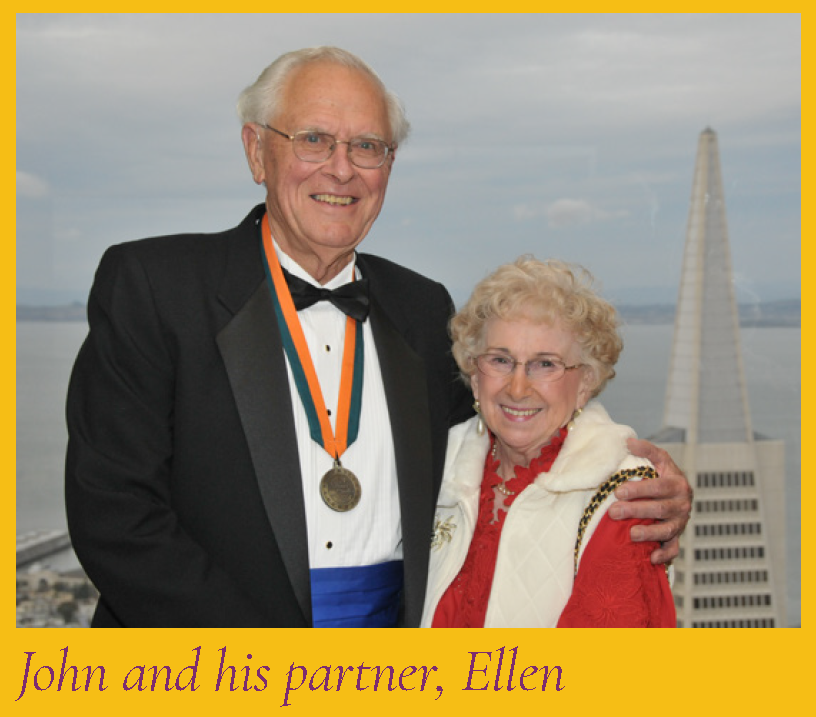 Last year, AfS awarded John Goings with a Lifetime Achievement Award for his incredible dedication and service to AfS. John and his son Mark have been invaluable assets for many years, and as they roll off their time as board members, we want to recognize them, particularly John, who has been with AfS since its inception.

John is an AfS Co-Founder, who served as the Treasurer of the Board. Prior, he was in the Air Force during the Korean War, went to college on the GI Bill, and became a CPA. He was an internal auditor, then treasurer, then president of a San Francisco title insurance company before his retirement.

John has quietly dedicated his time and talents, reporting on and supporting the finances of AfS, and ensuring the organization’s survival and success.

“Through spending thirty wonderful years working with John Uth and Anita Stangl with Rotary, including eleven years with Rotoplast and fifteen with AfS, I feel my efforts are responsible for changing the life of at least one cleft child some- where, which makes it all worth it.” said John.

John’s work and that of his son Mark have impacted the lives of not just one but thousands of children and families worldwide and will continue to do so for years to come.

Ways You Can Help

There are more ways than ever to support Alliance for Smiles: