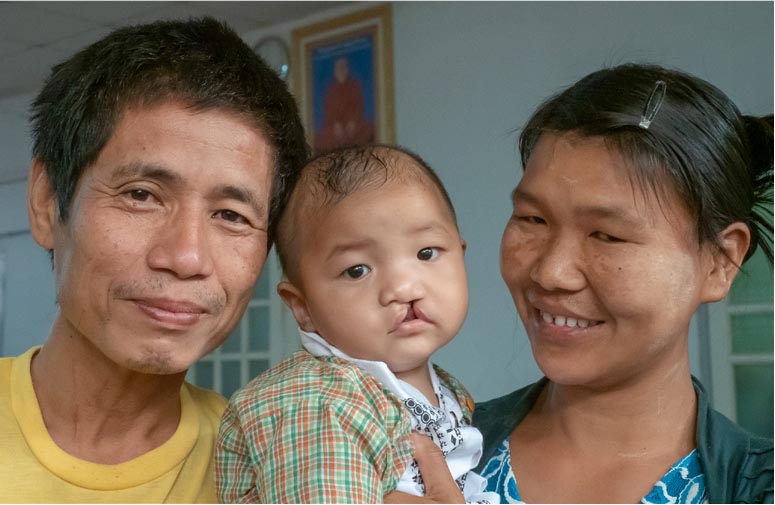 Phone Myat Zaw, a seven month old boy, lives in Mandalay and traveled to Sagaing, Myanmar to be screened at the AfS Opening Clinic on Monday the 18th of March.

During Opening Clinic, Dan, the record keeper, with the help of a translator, gathered and recorded personal and medical information from his parents. Shelly, the photographer, then took his “before” photo. The PACU nurse, Ruthie, took his vitals and checked his hemoglobin. Gerry, the surgeon, and Mike, the anesthesiologist, examined Phone’s cleft, and analyzed his health. Art, the pediatrician, also assessed Phone, considered the rest of the information in the chart, and the three doctors together made the decision that he was healthy enough for surgery.

He and his parents spent several days in the big, open hospital ward before his surgery, sleeping on mattresses under mosquito nets. The night before surgery he couldn’t drink after midnight and during the procedure, on March 24, his parents sat for four hours on benches outside the operating theater waiting for their son’s surgery to be finished.

As we all can see, Dr. Gerry performed magic with extraordinary results.