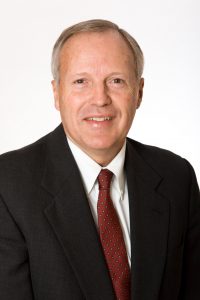 Roderick A. Young has more than 25 years of executive experience in the medical device industry and currenty serves as the Chairman of the Board and CEO of CyberHeart, Inc., a Company using stereotactic radioablation to treat arrhythmias of the heart non-invasively. He also serves on the Board of Directors of a number of early-stage companies including KFx Medical, LLC, LS Biopath, and Brightline Medical, Inc. Mr Young most recently served as a Venture Partner at Three Arch Partners from 2006 to 2014.

Other management roles held by Mr. Young during his career include founder, President and CEO of Vivant medical, Inc., a Three Arch Partners funded medical device company focused on microwave ablation that was acquired by Tyco International Ltd. (now a part of Covidien AG). He was also President and CEO of Targesome Inc., a biopharmaceutical company developing receptor-targeted agents to diagnose and treat cancer and other diseases, and CEO of Focus Surgery Inc., a pioneer in the development and commercialization of products using high intensity focused ultrasound.

During his career, Mr. Young was Chairman and CEO of General Surgical Innovations Inc. (GSI), a medical technology company funded by Three Arch Partners that developed the balloon dissector product line that was important to the growth of minimally invasive laparoscopic hernia repair. After successfully growing the organization, he led GSI through an initial public offering. GSI was later acquired by United States Surgical Corporation (now part of Covidien AG). He also was President of Toshiba America MRI Inc., President and COO of Diasonics, and Chief Financial Officer of Raychem Corporation.

Mr. Young received a Bachelor of Science degree in Industrial Engineering from Stanford University and a Masters Degree in Business Administration from the Harvard Business School.